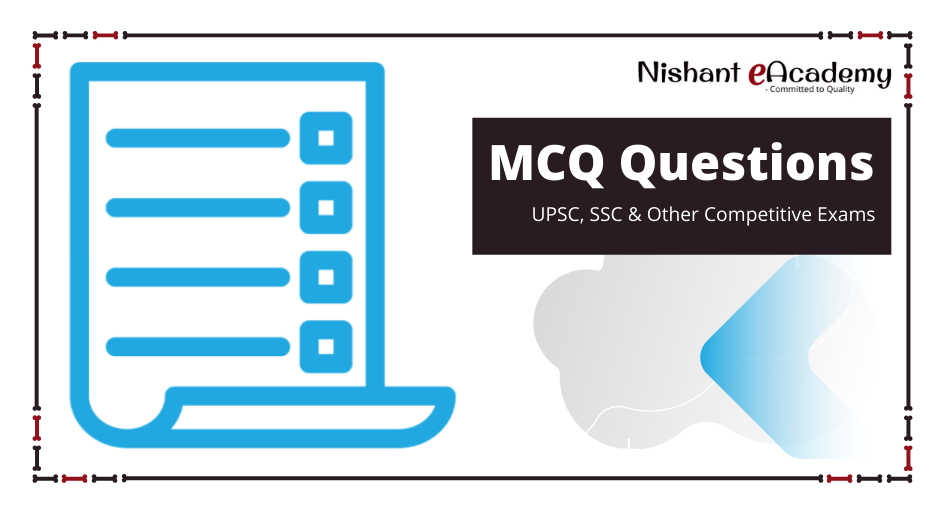 1.In which of the following regions, maize is used as staple food?

Notes:
Maize or corn is a cereal crop that is grown widely throughout the world in a range of agroecological environments. The grains are rich in vitamins A, C and E, carbohydrates, and essential minerals, and contain 9% protein. They are also rich in dietary fiber and calories which are a good source of energy. (Staple food is the name for a food that can be stored easily, and eaten throughout the year.) It’s an important staple food for more than 1.2 billion people in Middle Africa.

2. Which of the following bacteria forms an endosymbiotic nitrogen-fixing association with roots of legumes that helps in Nitrogen Fixation?

Notes:
Rhizobium Found in roots of legumes, like Peas, grams, Pulses etc, where it fixes atmospheric nitrogen as ammonia, which is then converted into useful amino acid.

3.“Rinderpest” disease, which was recently eliminated was caused by which among the following?

Notes:
Rinderpest which is also called as cattle plague or steppe murrain was an infectious viral disease of cattle, domestic buffalo, and many other species of even-toed ungulates, including buffaloes. It was recently eliminated.

4.Which part of the Central Nervous System controls “reflex Actions” ?

5.Which among the following fishes does not have Central Nervous System?

Notes:
Jellyfish and sea jellies are the informal common names given to the medusa-phase of certain gelatinous members of the sub-phylum Medusozoa. Jellyfish do not have specialized systems for osmoregulation, respiration and circulation, and do not have a central nervous system.

6.In which among the following organ, “Bowman’s Capsule” is found?

Notes:
Each kidney is made of tube like structures called nephrons (renal tubules). A nephron is the structural and functional unit of the kidney. The cup-shaped upper end called Bowman’s capsule, has a network of capillaries within it called glomerulus. Glomerulus is a knot of capillaries formed from the artery which brings blood containing wastes and excess of water to the kidney. Bowman’s capsule leads into a tubular structure.

7.Ripening of fruits is because of which among the following plant hormones?

Notes:
Ripening is a process in fruits that causes them to become more palatable. Most fruits produce a gaseous compound called ethylene that starts the ripening process. Ethylene Gas Can be Used to Regulate Fruit Ripening.

8.Which among the following is a millet?

Notes:
Millets are a group of highly variable small-seeded grasses, widely grown around the world as cereal crops or grains for fodder and human food. It is usually considered a separate cereal, but sometimes also known as great millet.

9.Which among the following diseases is not caused by a virus ?

Notes:
Cholera is an infection of the small intestine that is caused by the bacterium Vibrio cholerae

10.Deficiency of Tocopherol leads to sterility in males and females. The popular word for Tocopherol is ___?

Notes:
Tocopherols are a class of organic chemical compounds, many of which have vitamin E activity. Deficiency of Tocopherol leads to sterility in males and females. Tocopherol exists in four different forms designated as α, β, δ, and γ.

11.Beriberi is a result of deficiency of which of the following?

13.Protein in the pulses (or more correctly legume) is found in which of the following form?

Notes:
Protein in the pulses (or more correctly legume) is found in Albumin form. Pulses are a low fat source of protein and on average, pulses contain about twice the amount of protein found in whole grains like wheat, oats, barley or rice.

14.Which among the following plays a role in production of alcohol in bear ?

Notes:
Yeast plays a role in production of alcohol in bear. Yeast is a little, single-cell organism and is one of the simplest forms of plant life. It is responsible for the fermentation process in beer.

15.Which among the following cells is capable to develop in any of the type of cell?

[A] Endothelial
[B] Endodermal
[C] Stem
[D] None of the above

Notes:
A stem cell is a cell with the unique ability to develop in any of the type of cell. In the future they may be used to replace cells and tissues that have been damaged or lost due to disease.

16.Digestion is not a function of which of the following ?

Notes:
Biotin also called vitamin H, vitamin B₇ or vitamin B₈ is a water-soluble B vitamin. It is also known as vitamin H. Biotin is not a used in the Digestion of food.

17.Among Sodium, Potassium , Magnesium and Iodine which is / are required for transmission of nerve impulses?

Notes:
Sodium, Potassium and Magnesium are required for transmission of nerve impulses. Nerve impulse is a signal transmitted along a nerve fibre. It consists of a wave of electrical depolarization that reverses the potential difference across the nerve cell membranes.

18.What fraction of Human Blood is Plasma?

Notes:
Blood plasma is the liquid component of whole blood, and makes up approximately 55% of the total blood volume. It is composed primarily of water with small amounts of minerals, salts, ions, nutrients, and proteins in solution. In whole blood, red blood cells, leukocytes, and platelets are suspended within the plasma.

19.If Red blood cells in kept in distilled water what will happen?

Notes:
Due to osmosis water would flow into the cells and they would swell

20.Which among the following are the building blocks of human body ?

Notes:
Cells are the building blocks of human body. It is the basic structural, functional, and biological unit of all known organisms. The study of cells is known as cell biology, cellular biology, or cytology.