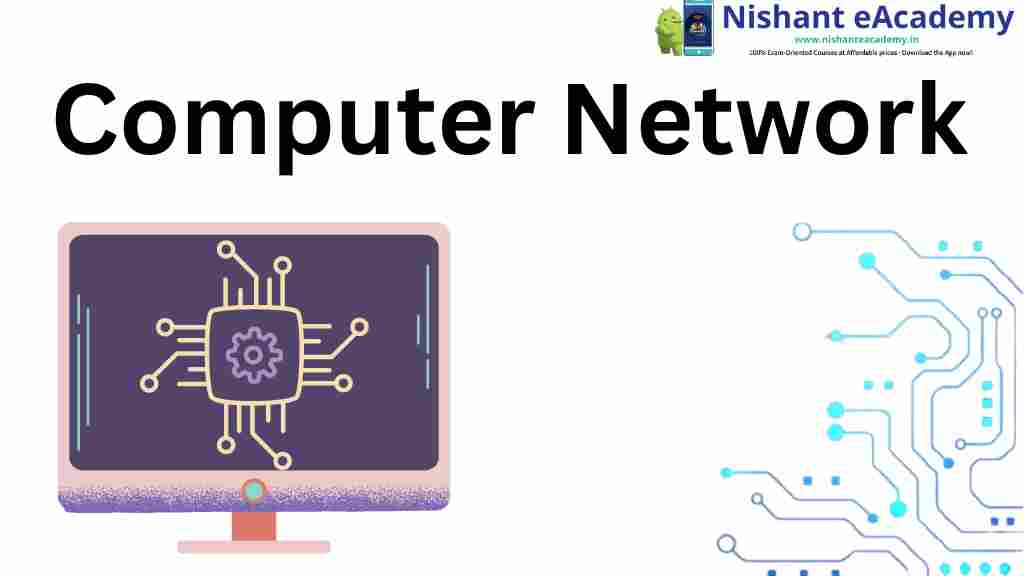 Broadcast networks have a single communication channel that is shared by all the machines on the network.

Topologies for a point-to-point Subnet in Computer Network

A Brief Introduction to Networking

There are a number of varieties of the types, speeds, and capabilities of network channels. These may be Transmission media such as wireless or wireline, Transmission rate or bandwidth, Transmission directional capability, and the Type of Signal.

A protocol is more like a language that can be shared by many people. If all the people would like to use the same language, the protocol becomes a standard. The same is applicable to networks. Most networks have one feature in common they transmit information by breaking the original information into a set of messages (called packets), transmitting these packets sequentially, and then reassembling these packets back into the original information.

Each packet is a string of bits. But these packets sometimes have to travel a long way, over a bunch of different networks, there are typically lots of computers sending and receiving information over the same network, and the information getting sent can often get altered during transmission (this is called a transmission error). In order to make sure that the original information gets transmitted correctly, to the right place, computer networks use a set of rules, called networking protocols.

Thus, a data communication protocol is a set of rules that must be followed for two electronic devices to communicate with each other. These rules cover:

The tasks which a protocol does fall into two categories

Network-layer protocols are also known as Layer-3 protocols. These rules specify how a network does the following three tasks:

The most common example of Network-layer Protocol is TCP/IP.

The Data-link layer protocols are also known as Layer-2 protocols. These rules specify how a network does the following three tasks:

Ethernet is the most common example of Layer-2 protocol. The token ring protocol, developed by IBM is another example. The networks that we connect to from home using a telephone line typically use one of two data link protocols: SLIP or PPP.

The facilities on most LANs are very powerful. Most organizations do not wish to have small isolated islands of computing facilities confined to the buildings. They want to extend facilities over a wider area so that groups can work without having to be located together. Two or more LANs can be connected with specialized devices called Routers and bridges. Bridge connects LANs of the same type but, a router is a more intelligent component that can interconnect many different types of computer networks. Then, we can have Backbone Networks, which are high-bandwidth channels that typically connect LANs with each other, and are often referred to as backbones.

A local area network is a relatively smaller and privately owned network with a maximum span of 10 km.
Local Area Networks (LANs) are confined to a fairly small geographic area. The clients and servers on a LAN are connected to the same channel and are typically in the same building or in neighbouring buildings.

A wide Area Network (WAN) is a group Communication Technology, that provides no limit of distance.

Metropolitan Area Networks (MANs) span a wider area than LAN and Wide Area Networks (WANs) spread over a large geographic area such as a country or a state.
MAN is defined as less than 50 Km and provides regional connectivity within a campus or small geographical area.

How does a firewall work?

In computer security, a firewall is a device that blocks unauthorized access to an organization’s local area network. A firewall can reside on the administrative computer, the server that acts as the LAN’s gateway to the Internet. The firewall keeps track of every file entering or leaving the local area network in order to detect the source of viruses and other problems that might enter the network.

A network consists of multiple computers connected using some type of interface, each having one or more interface devices. The primitive computers were self-contained devices in which the data was confined in it. The only way to transfer the data from one machine to another was to take the data in a storage device and send it across the machine. So, this necessity led to the invention and development of networks. In a computer network, autonomous computers are interconnected and are able to communicate with each other. Networks enable the sharing of data among groups of computers and their users.

what is a computer network?

what is the first operational computer network in the world?

ARPANET was the first operational computer network in the world.

Answer and Solution
(1) URL is an acronym for Uniform Resource Locator.
Commonly referred to as a web address, a URL is a reference to a web resource that specifies its location on a computer network and a mechanism for retrieving it.

Answer and Solution
(3) A personal network is a set of human contacts known to an individual, with whom that individual would expect to interact at intervals to support a given set of activities. Personal networks are intended to be mutually beneficial–extending the concept of teamwork beyond the immediate peer group. The term is usually encountered in the workplace