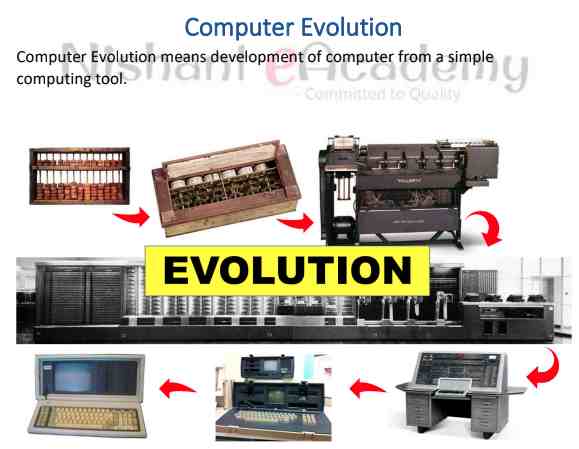 Introduction of Development and Evolution of Computer Generation

A computer is a man-made electronic machine that changes the way we work, live, and play. A machine that has done all this and more now exists in nearly every business and one out of every two households. This incredible invention is the computer. The computer is one of the most powerful innovations in human history. The electronic computer has been around for over a half-century, but its ancestor abacus has been around for 2000 years. However, only in the last 40 years, it has changed our lifestyle. From the first wooden abacus to the latest high-speed microprocessor, the computer has changed nearly every aspect of people’s lives for the better. With the use of computers, people are suddenly able to perform a large number of computations at dazzling speed. Information can be crunched, organized, and displayed in the blink of an eye. Things that were only dreamed of a few years ago are now possible due to computers.

Development and Evolution of Computer Generation

This is the easy notes on Computer Generation assignment for different competitive and government exams. In the below section of this post, we will cover computer generations and their characteristics.

The abacus is one of the earliest known computation devices. It is a tool that helps in calculating answers to arithmetic problems. It is simply a wooden rack holding parallel wires on which beads are strung. Calculations are done by manipulating the beads. The abacus was developed in China about 5000 years ago. The abacus was so successful that its use spread from China to many other countries.

The first real mechanical calculator was invented by a French scientist and mathematician Blaise Pascal, around 1645. The device was constructed by interlocking gears representing the numbers 0 to 9. It was only able to do addition and subtraction, so it is called adding machine.

In 1801, Joseph Marie Jacquard perfected the idea of the automated weaving loom. Using holes punched into a series of connected cards, Jacquard was able to control the weaving of fabrics. The Jacquard loom not only cut back on the amount of human labor but also allowed for patterns to be stored now on cards and to be utilized over and over again to achieve the same product. In 1820 Charles Babbage, a British mathematician, and inventor designed and built the mechanical calculator and the Difference Engine on principles that anticipated the modern electronic computer. The concept Babbage put forward was eventually used by engineers in the development of the first computer prototype. for this reason, Charles Babbage is known as the father of computing. Despite ten years of work, Babbage failed to build a fully operational model of difference or Analytical Engine. In 1842 Lady Lovelace wrote a demonstration program and her contribution to binary arithmetic was later used by John Von Neumann in developing the modern computer. So she is often regarded as the “first computer programmer”.

Howard Aiken, with his colleagues at Harvard and with some assistance from International Business Machines he had built by 1942 the Mark l, the world’s first program-controlled calculator, an early form of a digital computer. In 1944 John Mauchley, an American physicist, and J. Presper Eckert, an American engineer, proposed an electronic digital computer, called the Electronic Numerical Integrator And Computer (ENIAC) and completed it in 1946 which is regarded as the first successful general digital computer.

According to John Von Neumann’s concept, the operating instructions and data used in processing should be stored inside the computer. Whenever necessary the computer would have the capability to modify these program instructions, during their execution. This concept was incorporated into the EDSAC computer (Electronic Delay Storage Automatic Computer), which was developed at Cambridge University. This computer was capable of storing a sequence of instructions, the equivalent of the first computer program.

It is the short form for Universal Automatic Computer. In 1951 it was introduced and became the first time by Eckert and JW Mauchly.

FAQs on the Development and Evolution of Computer Generation 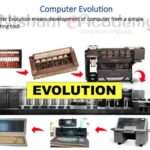