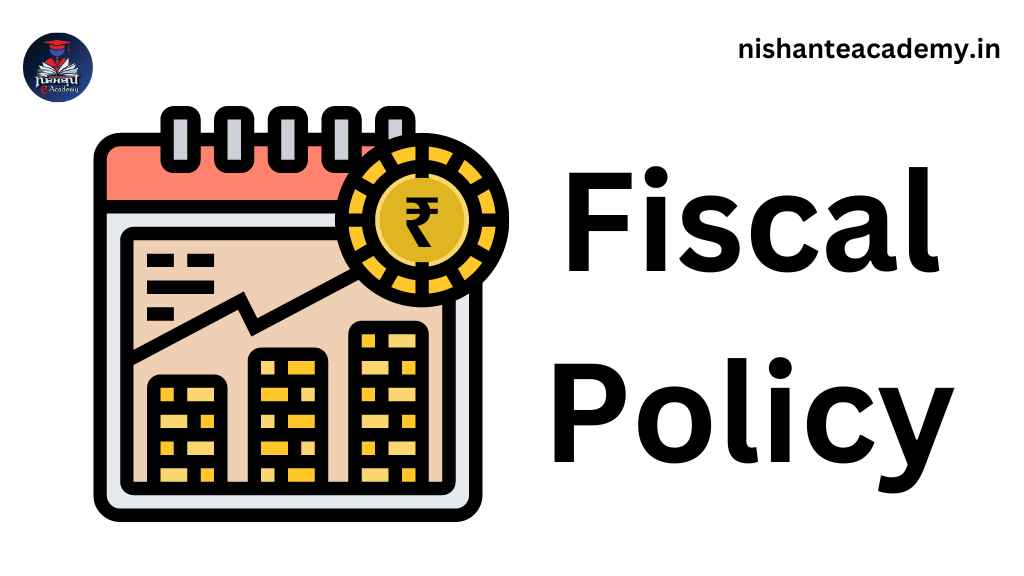 Fiscal Policy is the policy relating to public revenue and public expenditure and allied matters. Government spending policies that influence macroeconomic conditions. These policies affect tax rates, interest rates and government spending, in an effort to control the economy.

Fiscal policy is the means by which a government adjusts its levels of spending in order to monitor and influence a nation’s economy. Fiscal policy and Monetary policy go hand in hand with each other. Both are interdependent on each other.

A compulsory contribution given by a citizen or organisation to the Government is called Tax, which is used for meeting expenses on welfare work. Tax imposing and Tax collecting is at three levels in India — Central level, State level, and Local level. The distribution of tax between Centre and State has been clearly mentioned in the provisions of Indian Constitution. For rationalising it from time to time, Finance Commission has been constituted. The tax system has been divided into two parts:

Questions 3
Which one of the following is NOT the objective of fiscal policy of government of India? [HCS (Pre) 2014]
(A) Full employment
(B) Price stability
(C) Regulation of inter-state trade
(D) Economic growth

Questions 4
In India, which one among the following formulates the fiscal policy? [UPPCS (Mains) 2014]
(A) Planning Commission
(B) Finance Commission
(C) Finance Ministry
(D) Reserve Bank of India

Questions 5
Which of the following economists, introduced fiscal policy as a tool to rectify the Great Depression of 1929-30? [UKPCS (Pre) 2014]
(A) Prof. Keynes
(B) Prof. Pigou
(C) Prof. Marshall
(D) Prof. Crowther

What was not stipulated in the Fiscal Responsibility and Budget Management Act 2003?

Elimination of primary deficit by the end of the fiscal year 2008-09 was not stipulated in the Fiscal Responsibility and Budget Management Act 2003.

Fiscal responsibility and Budget Management Act was enacted in India in the year 2003.

It is an intense affirmative action of the government to boost economic activity in the country.