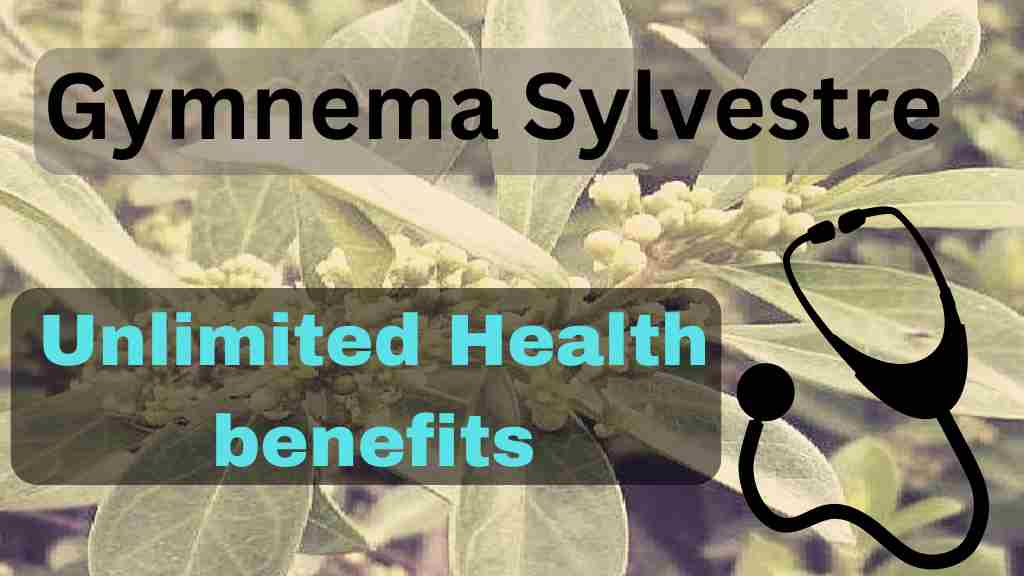 In the modern era due to the fast life cycle, junk food habits and other issues like obesity and diabetes were commonly found in a large area of the population. Naturopathic treatments were extensively used in ancient times and due to no side effect, it is getting momentum in the modern era also. Several medicinal plants were exploited for their uses in different diseases, Gymnema Sylvestre is one of the plants which can be sued in diabetes and obesity-like diseases.

Gymnema Sylvestre R. Br. is a woody, climbing traditional medicinal herb. It belongs to the family Asclepiadaceae and has many therapeutic applications in the Ayurvedic system of medicine. It is commonly called ‘Gurmar’ or sugar destroyer. The word ‘Gymnema’ is derived from the Hindu word ‘Gurmar‘ meaning ‘destroyer of sugar. It is believed that chewing its sweat neutralizes the excess body sugar level and is thus used for the treatment of diabetes mellitus. It is known by different names in different parts of the country.

This woody climber is distributed throughout India ranging from 300-700 meters at altitude. It is found in Konkan, Western Ghats and Deccan extending to Northern and Western India, Tamil Nadu, Karnataka and Uttar Pradesh. It is also distributed in Asia, Tropical Africa, Malaysia and Sri Lanka.

it is a woody climber with elliptic leaves. Its flowers are small with pale yellow corolla. It’s flowering and fruiting occur between April to June. Its commercial varieties are ‘Jhalawar’, ‘Lotiajhil’ and ‘RUBL 18050’. Plants can grow in all types of soils in tropical and subtropical regions up to an altitude of 600-700 meters. To raise its plantation, germination by mature seeds was made in small poly bags or poly boxes in a primary field from October-December.

The raised plants were transplanted in February – March and planted with proper support for the climbing purpose. After periodic weeding, proper irrigation and use of vermin compost or compost in the field after one year of transplantation plant is ready for harvesting. Normally leaves are collected in October-February and are dried in shade after washing. Its roots are collected during summer and are cleaned, dried and sun-dried.

From Gymnema Sylvestre leaves a group of closely related gymnemic acids were isolated and purified. The main constituent of Gymnema is believed to be gymnemic acid, a mixture of about 17 different saponins. Gymnemic acid formulations have been found effective in reducing obesity. It is believed that its hypoglycaemia effect is due to some mechanisms exerted by its leaves especially gymnemic acid. It increases the secretion of insulin and promotes the regeneration of islet cells. It increases the utilization of glucose as well as causes inhibition of glucose absorption from the intestine.

it has been known as the Ayurvedic system of medicine for the management of diabetes mellitus and similar hypo/hyperglycemic conditions. The leaves have been used for stomach ailments, constipation, water retention and liver diseases. Similarly, flowers, leaves and fruits were used in the treatment of high or low blood pressure.

As per Ayurvedic Pharmacopoeia of India, both leaves (dried) and root of Gymnema are used in the treatment of Svasa (bronchial asthma), Kasa (Cough), Kustha (Leprosy and other Skin diseases) and Vrana (Wounds) in different dosages and conditions. According to Charka Samhita, it removes bad odour from breast milk. It is aperitive. it is useful as a purgative for eye troubles. Its leaf extract and flowers are useful for the eyes. In Kapha bark is given, while roots are useful in piles. It is also used for the treatment of dysentery in the northern coastal areas of Andhra Pradesh, India.

Gymnema Sylvestre has long been used as a treatment for diabetes. It has been found that stimulation of the pancreas increases insulin release by administering leaf extract of Gymnema. These also increase the faecal excretion of cholesterol. Effects of G. Sylvestre on blood sugar in animals were studied by various studies. In diabetic rats, an alcoholic extract of G. Sylvestre (100mg/kg/day) for 1 month was found to decrease sugar level. Effect of novel Gymnema extracts on insulin secretion from the MIN-6 cell line and isolated human islets of Langerhans.

Administration of G. Sylvestre in high fat-died fed rats significantly reduced body weight in long-term use. However, in normal diet-fed rats, such an effect was not observed. use of dietary supplement of G. Sylvestre with glucomannan; chitosan, fenugreek and vitamin C was found to reduce body weight and percentage of body fat in obese adults.

It is characterized that more fat in humans than required will lead to cause insulin resistance which causes type 2 diabetes. Resistin or adipocyte secreted factor, obesity and type 2 diabetes have a linkage. It has been reported that the gurmarin peptide blocks the ability to taste sweet or bitter flavours and thus reduces sweet cravings.

An alcoholic extract of G. Sylvestre was found to exhibit significant wound-healing activity. This activity may be due to free radical scavenging action and the presence of phytoconstituents (flavonoids) which may act individually or have an additive effect.

Gymnema Sylvestre holds a unique position among the sweetness-modifying material of natural origin. It has had multiple pharmacological significance as a naturopathic medication for a long time and gaining popularity in the present era.

In Bengali, it is called ‘Mera-Singi‘

What are the different names of Gymnema Sylvestre