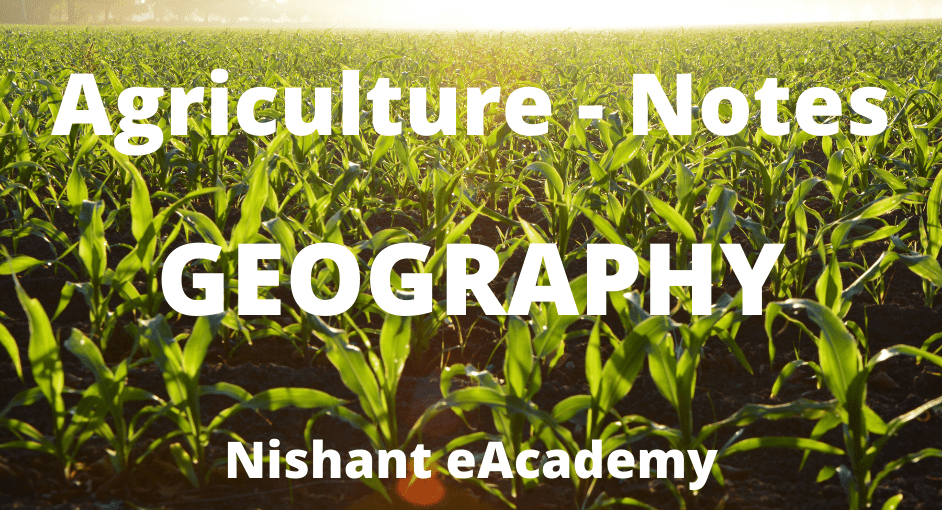 Indian Agriculture is a vital sector of the national economy with the bulk of the population engaged in crop agriculture and allied fields. India has 1.3 billion people or approximately 17.9% of the global population which lives on 2.4% of land and 5% of water resources of the world.
Contrary to popular perception, India’s agriculture is a grand success story. With 11% of total global agriculture, India ranks second in the world in agriculture production as the leading producer of several commodities including food grains, cotton, cane, horticultural crops, dairy, poultry, aquaculture and spices.

Types of Agriculture in India:

When Green Revolution started in India?

Green Revolution started in India in 1964.

What is Mixed Farming?

What is Subsistence Farming?

It is a type of farming that is mainly done by farmers to support their families and own consumption. In this farming, the production is not in surplus to sell to the market.