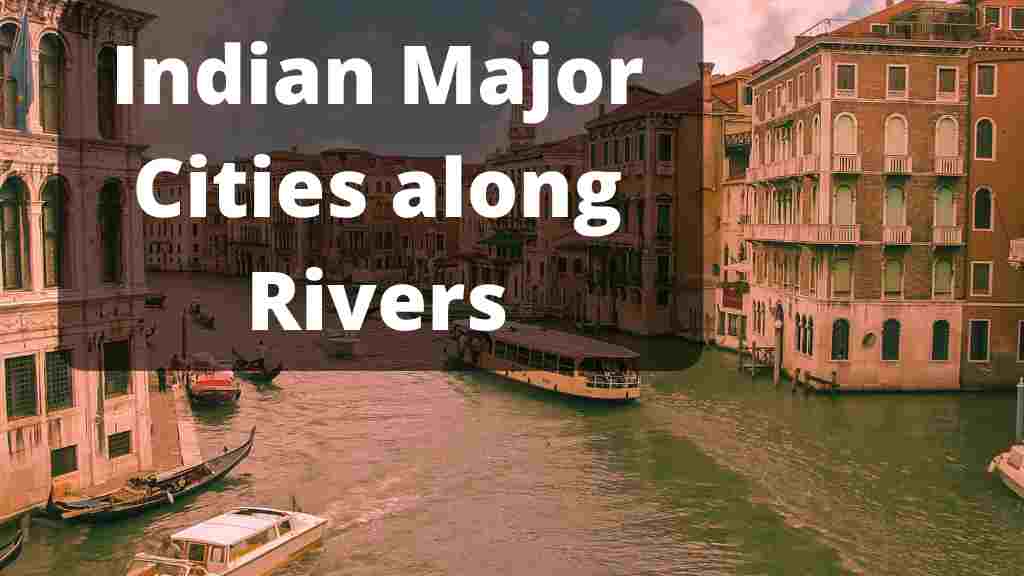 In this post, we are providing a complete list of Indian Major Cities along rivers. this is one of the most important topics asked in many competitive exams like UPSC CSE, CDS, NDA, SSC CGL, CPO, CHSL, CAT, UGC NET and others. all the major cities are important and established along the river bank. we are also providing the states and UTs in which these cities are present.

Rivers have been an important source of living since ancient times. most of the civilisations were established along the rivers and flourished. Rivers provide fertile lands, water, fish, good climatic conditions and much more because of that, they are the most favourable habitats for living. in the below tables, we are providing major cities or towns established along the rivers present in India.

Indian Cities or Towns along the Indian Rivers – Set 1

Cities or Towns along the Indian Rivers – Set 2

Cities or Towns along the Indian Rivers – Set 3