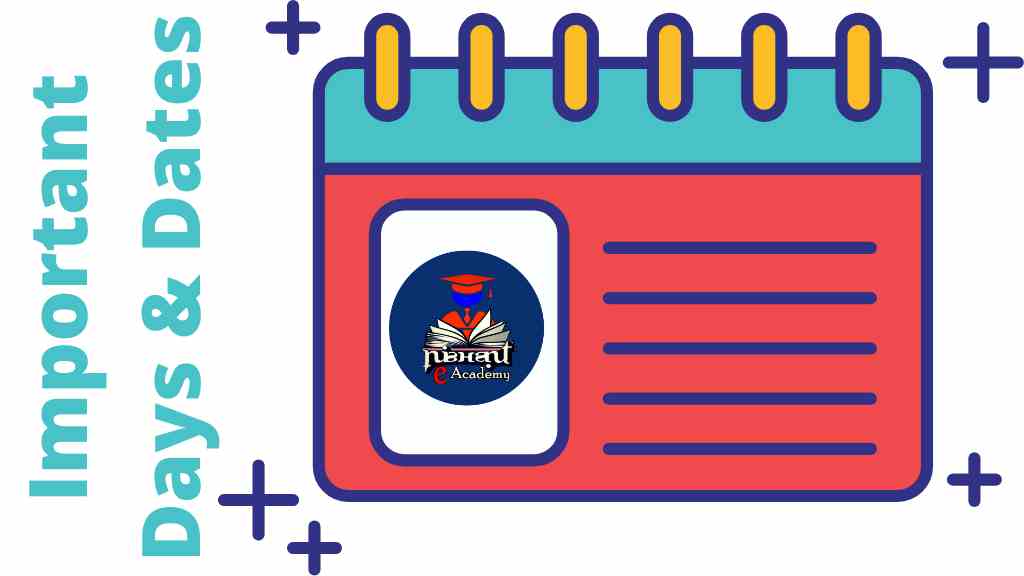 Important Days and Dates in January With Themes

Braille is a tactile representation of alphabetic and numerical symbols using six dots to represent each letter and number, and even musical, mathematical, and scientific symbols. Braille (named after its inventor in 19th century France, Louis Braille) is used by blind and partially sighted people to read the same books and periodicals as those printed in a visual font.

Braille is essential in the context of education, freedom of expression and opinion, as well as social inclusion, as reflected in article 2 of the Convention on the Rights of Persons with Disabilities.

The theme of Louis Braille Day 2022-2023: Raise awareness of the significance of Braille as a means of communication with a full realization of human rights for partially sighted or blind people.

Pravasi Bharatiya Divas (PBD) is celebrated on 9th January every year since 2003 to mark the contribution of the Overseas Indian community to the development of India. January 9 was chosen as the day to celebrate this occasion since it was on this day in 1915 that Mahatma Gandhi, the greatest Pravasi, returned to India from South Africa, led India’s freedom struggle and changed the lives of Indians forever.

The first World Hindi Day conference was organised on January 10, 1975, in Nagpur, a city in the state of Maharashtra. The grand event registered the participation of 122 representatives from 30 countries. The day is observed in India from the year 2003. The Ministry of External Affairs began the tradition of celebrating World Hindi Day in other nations in 2006 with an aim to promote this language across the world.

The language got its name from the Persian term ‘Hind’ which means ‘the land of Indus’. The language is spoken in India, Trinidad, Nepal, Guyana, Mauritius, and other countries.

Every year, 15 January is commemorated as “Army Day” to remember the occasion when General (later Field Marshal) KM Cariappa took over the command of the Indian Army from General Sir FRR Bucher, the last British Commander-in-Chief in 1949 and became the first Indian Commander-in-Chief of Independent India.

The National Girl Child Day is celebrated in India every year on January 24. It was initiated in 2008 by the Ministry of Women and Child Development and the government of India, to spread public awareness about inequities that girls face in Indian society.

The Ministry of Tourism, Government of India is observing National Tourism Day on the 25th of January 2022, under the aegis of ‘Azadi Ka Amrit Mahotsav’, the 75-week grand celebration launched by Prime Minister Narendra Modi to mark 75 years of India’s independence.

Azadi Ka Amrit Mahotsav is being celebrated to commemorate 75 years of progressive India and the glorious history of its people, culture and achievements.

The many activities on this page not only provide our talented youth with the opportunity to be a part of the 73rd Republic Day Celebrations but also celebrate Amrit Mahotsav to the fullest.

January 26 is celebrated as International Customs Day (ICD). It is the day designated to honor the customs officials and agencies for their function in taking care of the flow of goods across the world borders.
In simpler words, it is the day to commemorate the vital role of customs officials in handling the entire flow of goods across international borders. They ensure that world trade management is safe and secured.

Every year around 27 January, UNESCO pays tribute to the memory of the victims of the Holocaust and reaffirms its unwavering commitment to counter antisemitism, racism, and other forms of intolerance that may lead to group-targeted violence.

Theme of International Day of Commemoration in Memory of The Victims of the Holocaust 2021-2022: Remembrance and Beyond

In India, there are seven days declared as Martyrs’ Day (at the national level also known as Sarvodaya day). They are named in honor of those who are recognized as martyrs for the nation.

Theme of Martyrs’ Day (Sarvodaya Day) in India 2021-2022: Indians commemorate the sacrifices given by freedom fighters and other people to gain independence from British rule.

Theme of Leprosy Prevention Day 2021-2022: unity in honoring the dignity of people who have experienced leprosy.