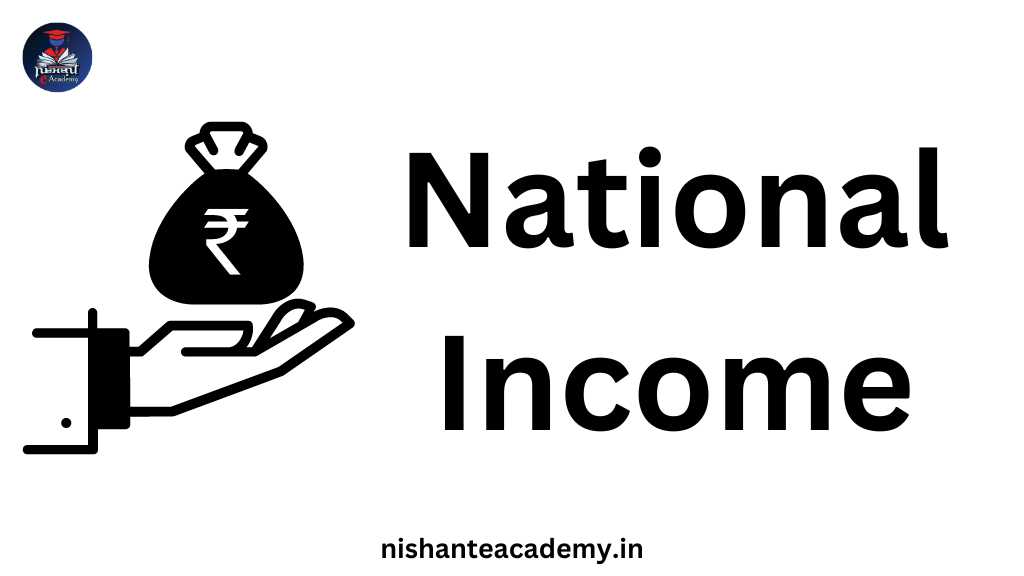 The important concepts of national income are:

Let us explain these concepts of National Income in detail.

Gross Domestic Product (GDP) is the total market value of all final goods and services currently produced within the domestic territory of a country in a year. Four things must be noted regarding this definition.

First, it measures the market value of the annual output of goods and services currently produced. This implies that GDP is a monetary measure. Secondly, for calculating GDP accurately, all goods and services produced in any given year must be counted only once so as to avoid double counting. So, GDP should include the value of only final goods and services and ignores the transactions involving intermediate goods.

Thirdly, GDP includes only currently produced goods and services in a year. Market transactions involving goods produced in the previous periods such as old houses, old cars, factories built earlier are not included in GDP of the current year.

Lastly, GDP refers to the value of goods and services produced within the domestic territory of a country by nationals or non-nationals.

Gross National Product is the total market value of all final goods and services produced in a year. GNP includes net factor income from abroad whereas GDP does not. Therefore,

NNP is the market value of all final goods and services after providing for depreciation. That is when charges for depreciation are deducted from the GNP we get NNP at market price. Therefore’

NNP at factor cost or National Income is the sum of wages, rent, interest and profits paid to factors for their contribution to the production of goods and services in a year. It may be noted that:

Factor Cost: Factor cost is the sum total of amount paid to four main factors of production viz; land (rent), labour, capital and entrepreneurship (profit). It is exclusive of taxes or subsidies.

Personal income is the sum of all incomes actually received by all individuals or households during a given year. In National Income there are some income, which is earned but not actually received by households such as Social Security contributions, corporate income taxes and undistributed profits. On the other hand there are income (transfer payment), which is received but not currently earned such as old age pensions, unemployment doles, relief payments, etc. Thus, in moving from national income to personal income we must subtract the incomes earned but not received and add incomes received but not currently earned. Therefore,

Production generates incomes which are again spent on goods and services produced. Therefore, national income can be measured by three methods:

Let us discuss these methods in detail.

This method is also called the value-added method. This method approaches national income from the output side. Under this method, the economy is divided into different sectors such as agriculture, fishing, mining, construction, manufacturing, trade and commerce, transport, communication and other services. Then, the gross product is found out by adding up the net values of all the production that has taken place in these sectors during a given year.

The output method can be used where there exists a census of production for the year. The advantage of this method is that it reveals the contributions and relative importance and of the different sectors of the economy.

Questions 1
In India, National Income is computed by which of the following? [UPPCS (Pre) 1995, 2006]
(A) Planning Commission
(B) Ministry of Finance
(C) Central Statistical Organisation
(D) Reserve Bank of India

Questions 4
Which among the following sectors contribute most to GDP of India? [MPPCS (Pre) 2008]
(A) Primary sector
(B) Secondary sector
(C) Tertiary sector
(D) All three contribute equally

Indicate the vital change in the measurement of the National Income of India.

Both the base year and calculation method have been changed.

A sustained increase in real per capita income

The most appropriate measure of a country’s economic growth is its Per Capita Real Income.

The Hindu rate of growth refers to the growth rate of National Income.