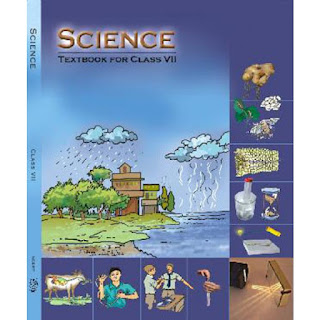 👉Nutrition – the process of consuming food for the proper growth and health of the body is called Nutrition.
👉Autotrophic – mode of nutrition in which an organism makes its own food. Ex – Green Plants.
👉Heterotrophic – Mode of nutrition in which Organisms depend on Autotrophs.
Autotrophic Nutrition is done by the process of Photosynthesis.
👉Definition of Photosynthesis – Synthesis of carbohydrates from Carbon-dioxide and water in the presence of sunlight.

A heterotroph lives in or out of a Host body and takes its nutrition from it. Ex – Cuscuta (Amerbel). Such an organism is called Parasite.

Some organisms live together and share shelter and nutrients. Ex – Lichens (it is a type of symbiont where chlorophyll-containing Alga and a fungus live together. The fungus provides shelter, water and minerals to Alga and in return the Alga provides food which it prepares by photosynthesis.)

👉Animals take directly or indirectly plants’ food. Plants prepare complex food that converts into simpler forms by the process of digestion.
👉Nutrition in Animals is done by different steps – Ingestion, Digestion, Absorption, Assimilation and Egestion.
👉Starfish pop out its stomach through its mouth to eat its food.

the first set of teeth grows during infancy and they fall off at the age between six to eight years. These are termed milk teeth. The second set that replaces them is the permanent teeth. It may last throughout life or fall off during old age.

👉Grass eating animals like Cows, Buffaloes etc. quickly swallow the grass and store it in a separate part of the stomach called the rumen. Here the food gets partially digested and is called Cud. But later the cud returns to the mouth in small lumps and the animal chews it. This process is called rumination and these animals are called ruminants.

👉The grass is rich in cellulose which is not digested by humans but digested by grass-eating animals (Ruminants) because of certain bacteria present in a sac-like structure between the small intestine and large intestine.

👉Amoeba, a single-celled organism pushes out one or more finger-like projections on their body called pseudopodia or false feet for movement and capture of food. The food becomes trapped in a food vacuole. Digestive juices are secreted into the food vacuole. They act on the food and break it down into simpler substances. Gradually the digested food is absorbed. The undigested residue of the food is expelled outside by the vacuole.

👉The process of selecting parents for obtaining special characters in their offspring, such as soft under hair in sheep, is termed as “Selective breeding”.

👉Wool derives from the fleece or fine hair or fibres of animals like sheep, yak, Angora goat, camels.

👉Some Indian breeds of sheep –

The fleece of the sheep along with a thin layer of skin is removed from its body. This process is called shearing.

The sheared skin with hair is thoroughly washed to remove dust. This is called Scouring.

Hair of different textures is separated or sorted in a factory. It is called Sorting.

The small fluffy fibres called burrs are picked out from the hair. The fibres are scoured again and dried. This is the wool ready to be drawn into fibres.

The fibres can be dyed in various colours, as the natural fleece of sheep and goats is black, brown or white.

👉Sorter’s disease – workers in the wool industry may get infected by a bacterium called anthrax which causes a fatal blood disease called shorter’s disease.

👉The rearing of silkworms for obtaining silk is called sericulture.

Different stages of a silk moth are – eggs, larva, pupa and adult. The larval stage is called caterpillars or silkworms. The caterpillar secretes fibre made of a protein that hardens on exposure to air and becomes silk fibre. Before entering into pupa stage, the caterpillars weave a net to hold themselves. Then it swings its head from side to side and soon it is covered with itself by the moth inside the cocoon. Silk fibres are used for weaving silk cloth.

👉The silk yarn is obtained from the cocoon of the silk moths. The most common silk moth is the mulberry silk moth.

👉It takes about 25 to 30 days from the caterpillar stage to go into the pupa stage of a silkworm.

👉Processing silk: the cocoons are kept under the sun or boiled or exposed to steam. The silk fibres separate out. The process of taking out threads from the cocoon for use as silk is called reeling the silk. Reeling is done in special machines, which unwind the threads or fibres of silk from the cocoon.

👉A reliable measure of the hotness of an object is its temperature. Temperature is measured by a device called a thermometer.

👉The normal temperature of the human body is 37 degrees C.

👉The range of a laboratory thermometer is generally from –10 degrees C to 110 degrees C.

👉Convection is the transfer of heat by circulating it through air or liquids. Unlike conduction, in which there must be direct or indirect contact between the two objects for heat transfer to take place, convection relies on the circulating motion of the molecules in order to transfer heat. Also unlike conduction, which relies on the microscopic movement of particles to transfer heat, convection is a bulk transfer of a lot of mass at the same time.

👉Radiation is another method of transfer of heat that does not require any medium.

👉Woollen clothes keep us warm in winter as they have air trapped in between the wool fibres. This air prevents the flow of heat from our body to cold surroundings because air is a bad conductor of heat.

The special type of substances are used to test whether a substance is acidic or basic. These substances are known as indicators. The indicators change their colour when added to a solution containing an acidic or a basic substance. Turmeric, Litmus, China rose petals, etc. are naturally occurring indicators.
Litmus: it is extracted from lichens. it has a mauve (purple) colour in distilled water. when added to an acidic solution, it turns red and when added to a basic solution, it turns blue. The form of Litmus Strips is called Litmus Paper. Generally, it is available as red and blue litmus paper.

Rain containing excess of acids because of carbon dioxide, sulphur dioxide and nitrogen dioxide present in the air as pollutants, called acid rain.

when an acid solution and a base solution are mixed in suitable amounts, both the acidic nature of the acid and the basic nature of the base are destroyed. the resulting solution contain salt and water. this type of reaction is called the Neutralisation reaction. it is an exothermic reaction in which heat is evolved.

antacids are chemicals that we use when excessive acid secretes in the stomach and cause indigestion. antacid such as mil of magnesia contains magnesium hydroxide neutralises the effect of excessive acid.

a mixture of ice and common salt is called a Freezing mixture.

The process of deriving large crystals of pure substances from their solutions is known as crystallisation. It is a physical change.
👉NEXT PAGE
Sharing is Caring!