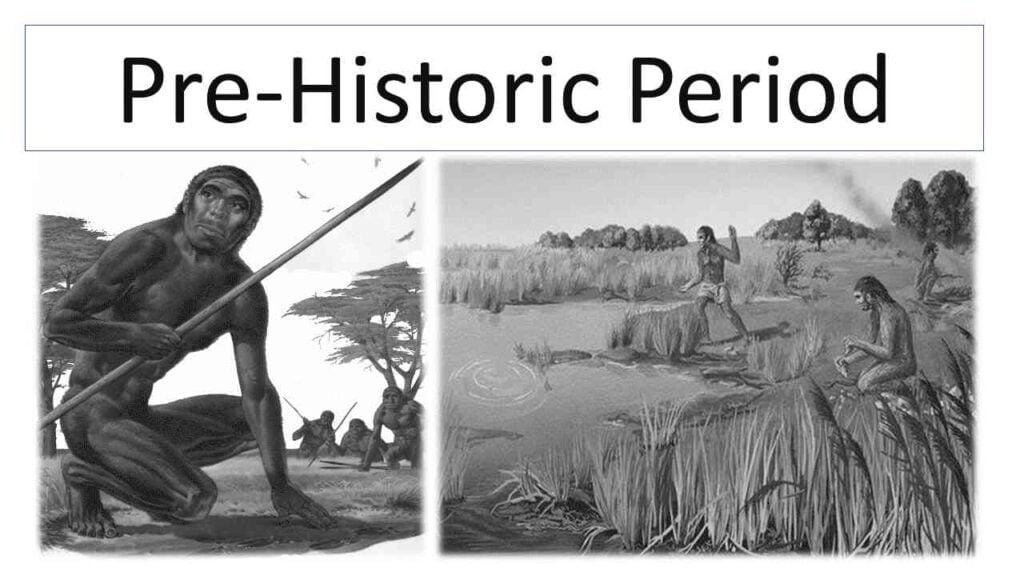 The Knowledge of the prehistoric period is based on archaeological sources as there were no written records. The prehistoric period (30,00,000 BC – 3000 BC) is a period of human development or human evolution in which humans evolved from hunters and food gatherers to food producers. the earliest tool we found was stone so this period is also called the stone age or lithic age. Stone age (i.e. Lithic age) is subdivided into Paleolithic Age (Old Stone Age), Mesolithic Age (Middle Stone Age) and Neolithic Age (New Stone age).

Human Evolution and development are based on two theories –

This theory is based on the Out of Africa model and it says that Modern humans evolved originally from homo Erectus in Africa, and then spread throughout the world.

This theory says that Modern humans evolved in the world at the same time in a parallel manner.

Paleolithic Age or the Old Stone Age under prehistoric period

Mesolithic Age or the Middle Stone Age under prehistory

Neolithic Age or the New Stone Age under prehistory

FAQs on the prehistoric period

the latest ancestor of modern humans is ___?

the latest ancestor of the modern human is “Cro-Magnon” (Homo Sapien Sapien).

By which name was the early Homo Sapiens known?

when did Robert Bruce Foote discover Palaeolithic implements in India?

the main occupation of palaeolithic men was

MCQs on the Prehistoric Period in India