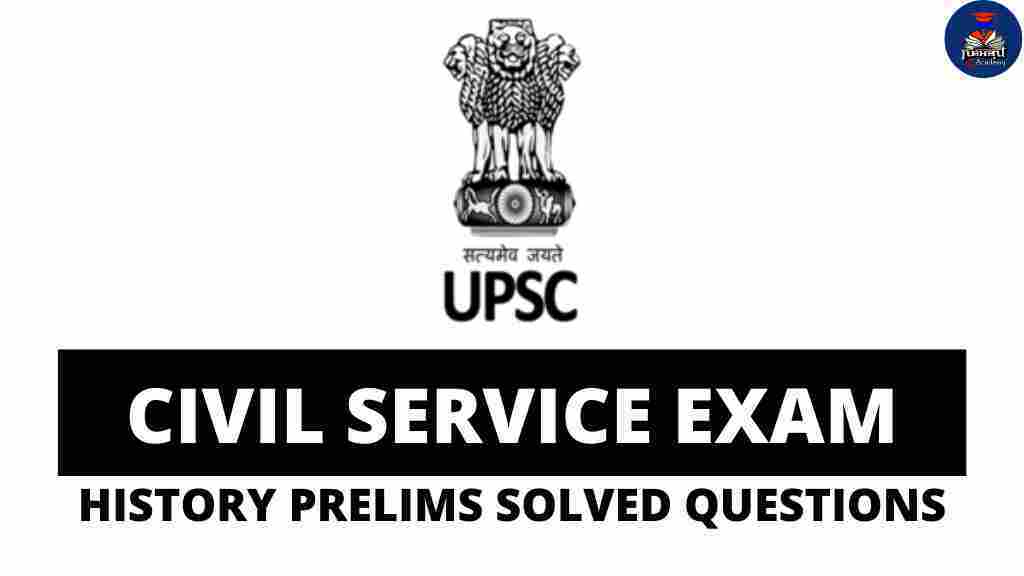 Which one of the following ancient towns is well-known for its elaborate system of water harvesting and management by building a series of dams and channelizing water into connected reservoirs?

Explanation – Dholavira is located on Khadir bet island in the Rann of Kutch in Gujarat. One of the noticeable features of the Dholavira was the complicated water management system through many channels and reservoirs, the earliest found anywhere in the world. All these reservoirs were made completely of stone. The inhabitants of Dholavira created 16 or more such reservoirs for the effective water supply to the city.

Which one of the following is not a Harappan site?

Select the correct answer using the code given below:

Explanation – Indus people were basically peace-loving. Their arms (swords, daggers, arrowheads, and spears) were primitive in nature. No evidence of armor, helmet, body armor or shield is available. The Aryans, on the contrary, were warlike people and were conversant with all kinds of traditional arms and armor, and had devised a full-fledged ‘science of war’.
The Indus valley people knew the use of copper, bronze, silver, and gold but not iron. The horse, which played a decisive role in the Aryan system of warfare, was also known to the Indus people. A few bones of a horse and a terracotta figure of a ‘horse-like animal’ have been unearthed from Surkotada (Gujarat) which indicates that the horse was employed by the Harappans.
On the other hand, some scholars claim that the horse was widely domesticated and used in India in the area covered by the Indus-Sarasvati (or Harappan) Civilisation, but this evidence remains unsubstantiated. At Surkotada and Lothal, horse evidence has also been found.

Which of the following characterizes/characterize the people of the Indus civilization?
1. They possessed great palaces and temples.
2. They worshipped, both male and female deities.
3. They employed horse-drawn chariots in warfare.

Select the correct answer using the codes given below

Regarding the Indus valley civilization, consider the following statements
1. It was predominantly a secular civilization and the religious element, though present, did not dominate the scene.
2. During this period, cotton was used for manufacturing textiles in India.

Which of the statements given above is/are correct?

Explanation – Indus valley civilization was a secular civilization with no trace of theocratic or organized religion being followed. Cotton textiles were produced during the Harappan period as shown by artifact evidence.

In this post, we have provided the Civil Service Exam previous year questions with their solution. the questions are taken from the chapter Vedic Culture, Buddhism, and Jainism.