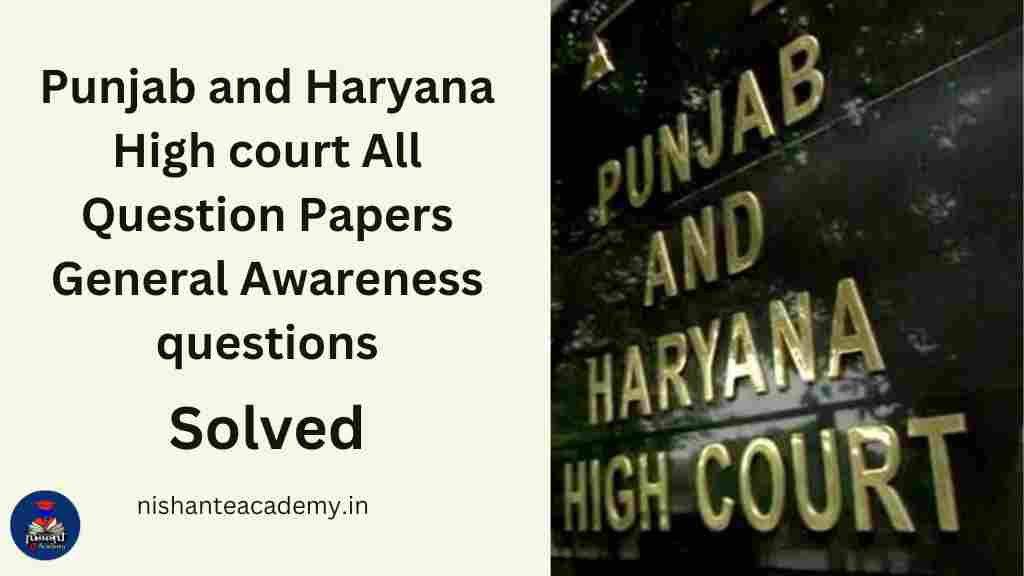 This post provides all Punjab and Haryana (Chandigarh) High court exams – general awareness (GK and GS) questions with their solution and will all be updated as per 2022. These questions were taken from the clerk, SSSC, driver, stenographer grade 3, and others.