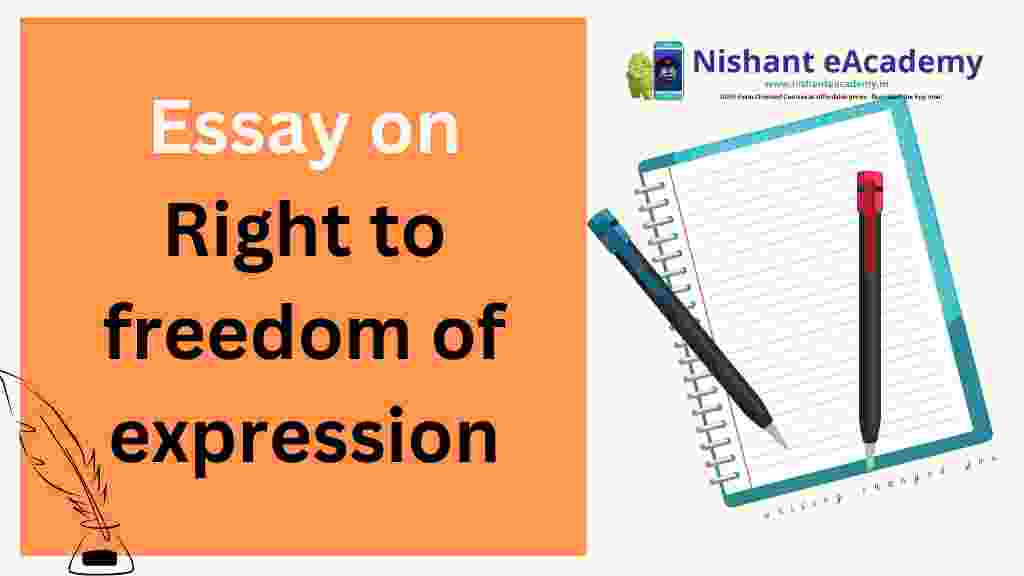 Essay on Right to freedom of expression: Related Quotes

I disapprove of what you say, but I will defend to the death your right to say it.

This is Called Slavery, Not to express one’s thought.

Freedom of expression is the foundation of human rights, the source of humanity, and the mother of truth.

Essay on Right to freedom of expression: Sample

Right to freedom of expression

The right to freedom of expression is the most fundamental right and gives people the right to express their views and thoughts openly. This is one of the most fundamental tools with which a truly democratic nation is recognised. It provides enough support to citizens of a nation to engage freely in social, economic and political affairs.

The right to freedom of expression was first introduced by the united states of America in “The Bill of Rights” in 1791 and the rest of the world followed it. In India, it comes under Article 19(1)-A. For Indians, it provides not only enough rope to bear their hearts in front of the government but also enough buttress to make India, the largest democratic nation in the world.

In the modern age, this right is not just limited to expressing one’s thoughts through words but it also includes expressing one’s views through writings, social sites, tv-channels and several online portals. With this right, people put both criticising and appreciating views on different situations and government plans that make authorities aware of the true nature of those.

However, under the guise of this right, some tv-channels and networking sites malice the matter which disguises the real situation. Moreover, the anti-national slogans of JNU’s few students and the anti-military acts of J&K’s civilians depict a picture of frail democracy.

In summary, we can say that Right to Freedom of Expression is a blessing for democracy but it is the responsibility of both government and citizens to protect it from evil causes.

Essay on Right to freedom of expression: Current Data & Facts

Essay on Right to freedom of expression: Similar essay topics

How to write a beautiful essay on ‘Freedom of Expression?

To write a beautiful essay on ‘Freedom of Expression, one should keep focusing on the following points while writing the essay:
1. Divide your essay into an introduction, body and conclusion.
2. Use quotes and illustrations in the introduction.
3. your thought should be clear in the essay.
4. Body part of the essay must have current data, and facts on freedom of expression.
5. Use some cases and examples to make your statements strong in the essay writing.
6. Be neutral in the conclusion of the essay.
7. the conclusion must be satisfactory.