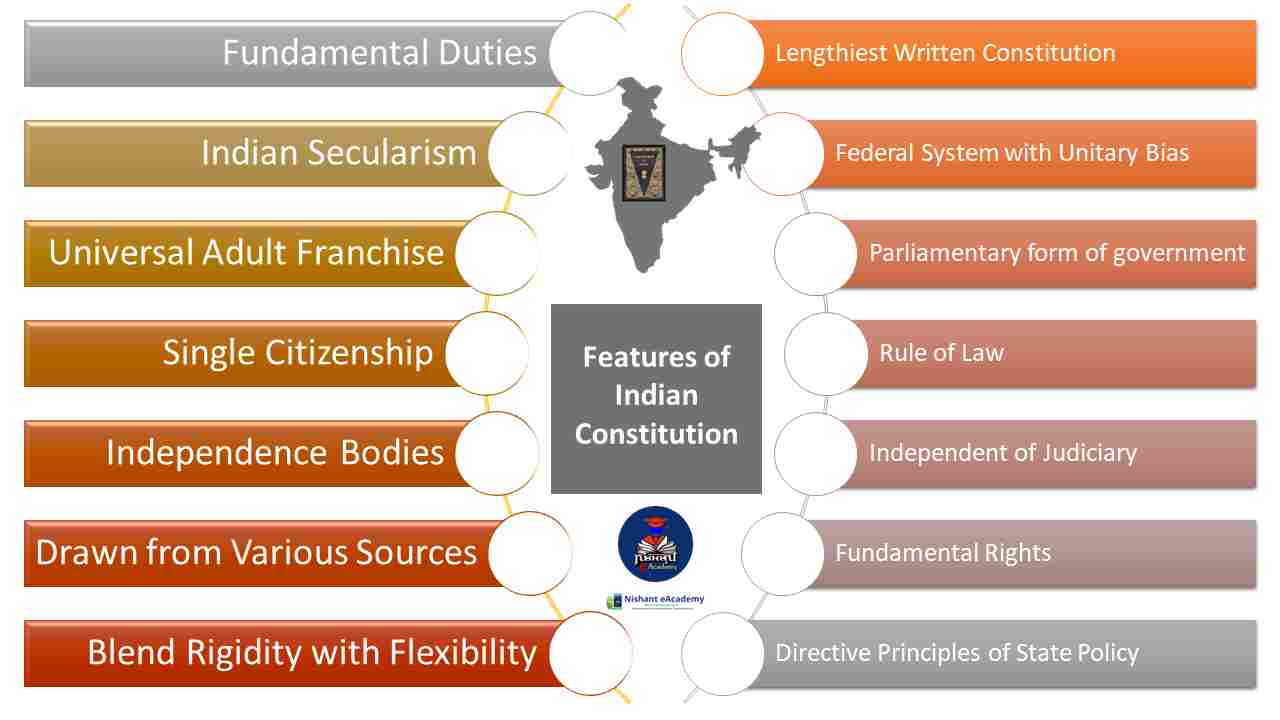 Directive Principles: The Directive Principles of the State Policy are a unique feature of our Constitution. Most of the Socioeconomic rights of the people have been included under this head. Even though these are not enforceable in the Courts of Law, these principles are expected to guide the governance of the country.

Citizenship: Our Constitution provides for one single citizenship despite the federal structure. Unlike the US, there was to be no separate citizenship of the Union and of States, and all citizens were entitled to the same rights all over the country without any discrimination subject to a few special protections in the case of the state of Jammu and Kashmir, tribal areas, etc.

Fundamental Duties: Fundamental Duties were included in the constitution by the 42nd Amendment of the Constitution. It lays down a code of eleven duties for all the citizens of India. Most of these basically refer to such values as have been a part of the Indian tradition, mythology, religion, and practices.

Independent Judiciary: Unlike the US, we do not have separate federal and State Court systems. In India, the entire judiciary is one hierarchy of courts. This means the High Courts and the Supreme Courts have the jurisdiction over all laws — Union, State, Civil, Criminal or Constitutional.

In Which Category Our Constitution Fits In

Thus, a constitution could be either a) written or unwritten, b) rigid or flexible, c) federal or unitary In which category does the Constitution of India fit in?

In the Republic State of India, all executive powers vest in the President and in whose name they are to be exercised. The President is the head of the Republic as well as the Supreme Commander of the armed forces. However, unlike the US, the President of India is just a nominal or constitutional head of the executive; he acts only with the aid and advice of the Council of Ministers.

Parliament or Judiciary: Who is Supreme

Notwithstanding the vast poverty and illiteracy, the makers of our Constitution opted for Universal Adult Franchise. With this, every Indian gets equal voting rights. Even in the advanced democracies of the West, the franchise was extended only gradually.

15 Salient Features of the Indian Constitution

FAQs on Salient Features of the Indian Constitution

what are the key features of Indian constitution? 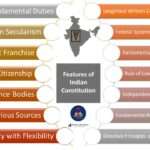