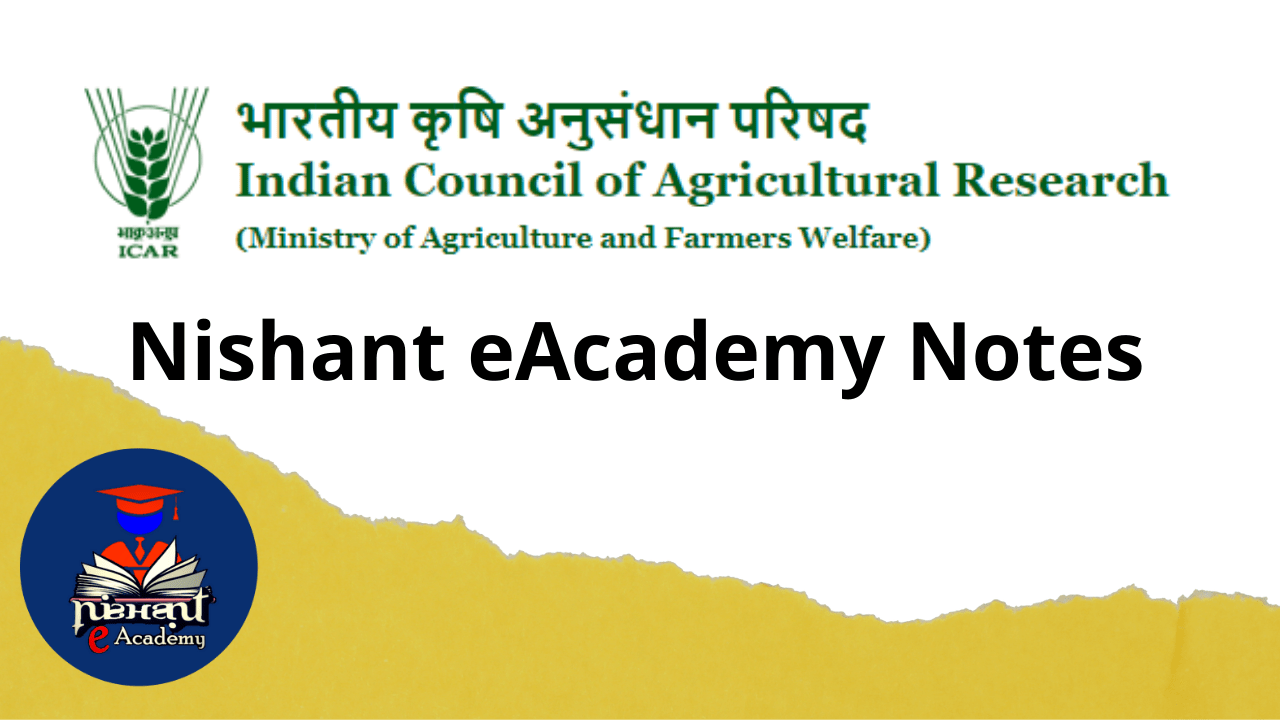 important points to remember – Structure and Functions of ICAR

The Indian Council of Agricultural Research (ICAR) has contributed to the science-led growth and development of agriculture in the country. Its important roles are:

National Award for Innovations and Technology Development by Farmers

FAQ: Structure and Functions of ICAR

Which type of body is ICAR?

Indian Council of Agricultural Research (ICAR) is an Autonomous and Apex Body.

What are the functions of ICAR?

The main functions of ICAR are:
1. it plans, supports and promotes the Primary Sector (Agriculture, Animal Science, Agroforestry, Fisheries and Allied Sciences) and coordinates education and research and its utilization in the primary sector.
2. It acts as the clearinghouse for research and general information related to agriculture, fishery, animal husbandry, home science, agroforestry, and allied sciences through its publications and information system and establishing & promoting technology programs.
3. it offers, undertakes and promotes consultancy services in education, training, research, and distribution of information in agriculture, fisheries, animal science, home science, agroforestry, and other allied sciences.
4. To look into the problems related to broader areas of rural development in agriculture, including post-harvest technology, by developing some cooperative programs with the help of other organizations like the Indian Council of Social Science Research, Bhabha Atomic Research Centre, State Agricultural Universities, Council of Scientific and Industrial Research, etc


What is the Role of ICAR?

coordinating, guiding and managing research and education in agriculture including horticulture, fisheries and animal sciences in the entire country.

under which ministry, does ICAR come?

Ministry of Agriculture and Farming Welfare

Who is the Current President of ICAR?